Originally published in the Sunday Leader

Last Thursday, two young students of the Arts Faculty of the University of Jaffna — 23 year old Kajan and 24 year old Sulakshan were allegedly shot by the police at a roadblock in Kankesanthurai, Jaffna. There are various narratives being shared on the sequence of events that led to the shooting: everything from the youth being drunk and refusing to stop the bike at the checkpoint to them being members of the armed gang ‘Awaa’ which is allegedly linked to recent incidents of violence against civilians and police in Jaffna. However, until there is an independent inquiry into what happened, we cannot know what exactly happened that night at the Kulappidi Junction. The bottom line though, is whether drunk, not stopping when pulled over by the police, having a history of criminal conduct, all of the above or none, the police had absolutely no authority to shoot the two unarmed young men who were on the bike.

Media reports show that initially, police attempted to claim the incident was an accident and pressurized family and university friends of Kajan and Sulakshan. However, following an outcry from local groups, the police has since acknowledged that bullets were lodged in one of the youth’s bodies. The policemen allegedly involved have been taken into custody and a special team from the Criminal Investigations Department has been deployed to investigate into the incident.

The police is where one turns to when they’re in trouble.We trust the police with our safety and see it as source of protection. This is why it’s so important that the police earn trust of the communities it serves. However, last Thursday’s adds to a long list of incidents that have made the young people in this country extremely skeptical of the police as an institution.

As I watched these events unfold on the news, the stench of déjà vu hung heavy in the air as they reminded me of the 27th of September 2012 when Janaka and Sisitha – active members of the Inter University Students Federation (IUSF) were found dead on the Colombo-Kandy Road. Like with Kajan and Sulakshan, their motorbike too was found lying close next to their bodies. While I wouldn’t describe us as friends, I knew Sisitha quite well. We spent three weeks together at the Military Engineering School in Thunkama, Embilipitiya when the Rajapaksa government at the time conducted ‘mandatory orientation’ for undergraduates entering state universities (of which I have mixed reviews- for another time) in military camps.

My memory of Sisitha is that he was an energetic and extremely friendly young man who very quickly made friends with everyone, including the young soldiers, some of whom weren’t much older than us. Looking back, I feel he hated the sense of regimentation that existed at the training. I remember both of us faking headaches to avoid march-past in the scorching hot sun, not one but multiple times.  I read in the papers following his death that he was the first student in 21 years to have made it to university from his school in Mutwal.

While police said the cause of death was a road accident, the IUSF and the youth’s families have said they have cause to believe the deaths were not accidental. The IUSF has also alleged that there are serious discrepancies in the statements made by the police regarding the incident. Earlier this year, four years too late, a fresh investigation was launched into the incident based on a complaint filed by the IUSF. The outcome of the said investigation has not yet been made public. 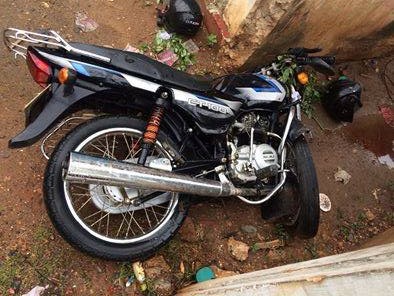 Kajan, Sistha and I are the same age. While we belong to a generation that was born to war, our experiences of it have been different. In ‘post-war’ Sri Lanka, incidents like this could lead to further erosion of people’s confidence in the state. There’s no point if the higher level decision-makers of the state hold relatively progressive views on reconciliation and preach the need for transitional justice, if these do not trickle down the individual policemen and grama seva officers who represent the state and engage with communities at the lowest levels of society.

Police brutality is an everyday reality for many Sri Lankans. In January, it’s alleged that in Embilipitiya, twenty nine year old Sumith Prasanna was killed when he was pushed down from the balcony by police personnel during a brawl. Only a few weeks back, news told the story Ravichandran, a 34 year old barber in Hatton who was assaulted by the police for arriving too late to give an officer a haircut.  Police brutality is an experience common to Sri Lankans in different parts of the country. This is not to say that all officers in the Sri Lanka police are malicious or racist. There are cops who are respectful who are making the communities they’re serving safer, better places. However, we need to recognize how police violence impacts different communities (age, ethnic, class, gender) differently and often disproportionately.

We have learnt from our history that nothing breeds radicalization of young people more than injustice. Injustice coupled with exposure to corruption, humiliation, and poverty are often what triggers the decision of young people to start seeing violence as an answer.

In another development, media reports showed how the Governor of the Northern Province responded to a petition by the Student Union of Jaffna University calling for justice over Kajan and Sulakshan’s death by issuing a response letter in Sinhala. The letter itself was addressed to the President and the student union was on copy. The Governor says he responded to the petition which was shared with him in Sinhala by the students. While it’s disheartening to see how the Governor couldn’t return the courtesy that the students had to have the letter translated, let alone act as per the Official Languages Policy of Sri Lanka; the incident reflects a deeper reality about how minorities across the country are struggling without the basic right to access government services and official communication in a language they understand. This is true both of Tamil speakers in Sinhala majority areas and Sinhala speakers in Tamil majority areas.

In his memoir titled Motorcycle Diaries, the then 23-year-old medical student Ernesto (who the world knows as Che Guvera) and his friend Granado travel across South America. Like Kajan, Sulakshan, Janaka & Sisitha they travel this journey across the continent in a motorcycle. There’s a particularly poignant moment in the memoir where the young friends visit the ancient Incan ruins in Peru. Seeing a great indigenous civilization being destroyed, Granado shares his a dream to peacefully revolutionize and transform modern South America. Guevara quickly replies: ‘a revolution without guns? It will never work.’

From the movie Motorcycle Diaries

Sri Lanka’s history has taught us repeatedly, during the youth insurrections of 1971 and 1987 and the civil war that lasted almost 30 years, that when young people feel wronged, when a people are trampled and their dignity is taken away from them, it doesn’t take long for them to start fighting back. The police and in extension the state, need to regain our trust. After all, one has to earn people’s trust if you are to keep them safe.

For me, two young, men riding a motorcycle in an empty street in the dark of the night is a symbol of freedom. However, the choice whether they turn out to be hopeful, hardworking citizens or angry, violent men carrying guns is not wholly theirs.