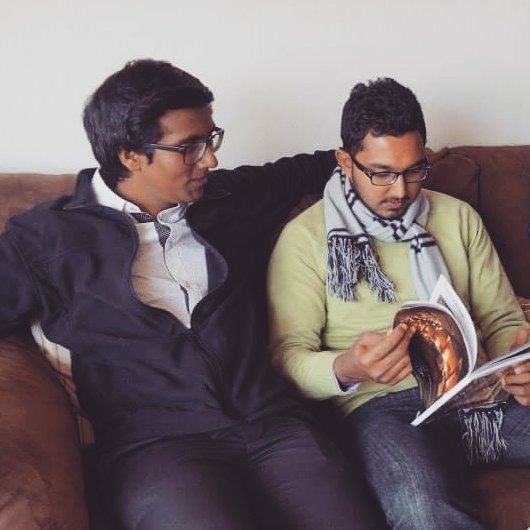 A very good morning everyone. On behalf of the Adhil Bakeer Markar Foundation, it’s an absolute privilege to be able to welcome you all to the Foundation’s inaugural event: this Youth Dialogue with His Excellency Prof. Ahmet Davutoğlu, the Former Prime Minister of Turkey, who will speak to us about something extremely important to us and something that our dear friend Adhil cared so much about– the Role of Youth in Shaping Multicultural Societies.

I have a bad habit of writing word to word, speeches I’m most nervous about doing and I’ve written today’s down word to word. This is possibly for two reasons, one, as an International Relations graduate it’s an absolute honor to be able to welcome the Former Prime Minister and an academic and scholar like Prof. Davutoğlu but on a more personal note, it’s an absolute, absolute honor to be able to do this on behalf of this Foundation named after our dear friend Adhil.

When we were hanging out, Adhil always made the rest of us look bad. He was kind and forgiving, God-fearing and compassionate and while some of us sometimes assumed the worst in people; he always, always, gave people the benefit of the doubt. I think he understood that on a basic level, we’re all the same. We’re all human, and most of the time, we have good intentions and we’re all just doing the best we can. I think this is a skill that many of us need, especially living in society that is multicultural like ours.

Adhil was tremendously talented and accomplished so much in his twenty something years, that most people won’t in a life time. We often joked that he belonged in Parliament like our speaker this morning Prof. Davutoğlu and uncle Imitiyaz and his late grandfather Deshamanya Abdul Bakeer Markar who was a Speaker of the Parliament of Sri Lanka.

Speaking of the Parliament, one memory I have with Adhil, is when Indian Prime Minister Narenda Singh Modi was in Colombo, immediately after the Presidential Elections in 2015, Adhil got an invitation to listen to him address the Parliament and he asked if I wanted to come along. Of course I did.

Of course we were joking, but we all knew that Adhil was able to step into a room and attract, charm, and influence everyone around them. He had the ability make everyone else in the room feel like his best friend.

When I first met Adhil, I was a lot younger, a lot more self-conscious, and shy and awkward and I remember, looking at Adhil across the table at different meetings and so on, and silently wondering to myself how he did; Just sit there and be so confident. And I think that’s what people call charisma.

And secondly, we also know that this country’s political establishment desperately needs people with that level of empathy, integrity and compassion that Adhil had towards just about anyone.

I do not wish to speak for any longer, but I want to end with this last thought. I read somewhere once that everyone dies twice, once when when you stop breathing and they bury you in the grave and the second time is the last time that somebody mentions your name. I hope this is true and if it is true, I’m so sure, that Adhil won’t die for a long, long time. And in a sense, this Foundation was formed, to make sure Adhil’s legacy is kept alive not just for us, but for our children who didn’t have the honor of meeting their Adhil uncle.

So once again, I welcome you for this event today. This is the ABM Foundation’s inaugural event and we hope that all of you will continue to work with the foundation as it begins its journey here this morning. Thank you